Central Bhutan is an exciting destination for all visitors. It includes some of the most significant historical and religious sites in the country. The district of Trongsa has always been of great political importance to the leaders of Bhutan due to its commanding location in the center of the nation while Bumthang district has some of the most ancient and important temples and monasteries in Bhutan.

The Watchtower of Trongsa Museum: This ancient tower has been made into a museum dedicated to the Wangchuck dynasty and provides visitors with unparalleled insight into Bhutan’s political history, Chendebji Chorten: An interesting and visually striking religious building with eyes painted towards the four cardinal directions. Legend states that it was constructed to subdue the remains of an evil spirit that manifested as a gigantic serpant.

In addition to the traditional annual religious festivals (Tshechus) there are also many newer festivals showcasing the rich traditions of the region like the annual Nomad’s Festival and the Matsutake Mushroom Festival in Ura, Bumthang.

Central Bhutan is a region blessed with great natural beauty and there are miles of pristine alpine and sub-tropical broadlead forests teeming with all manner of flora and fauna. The Thrumshingla National Park is located in this region and is famous for the many rare and endangered birds that inhabit it including the Rufous necked hornbill, Rufous-throated wren-babbler, Satyr Tragopan, Beautiful nuthatch, Ward’s trogon and Chestnut-breasted partridge. Visitors may even catch a glimpse of the exotic animals that live in the park such as the majestic Royal Bengal Tiger or the adorable Red Panda.

This region that spans from 2,600-4,500m is the religious heartland of the nation and home to some of its oldest Buddhist temples and monasteries. Tales of Guru Padmasambhava and the tertons (“religious treasure-discoverers”) still linger in this sacred region. Bumthang Dzongkhag consists of four main valleys Ura, Chumey, Tang and Choekhor. Choekhor is the largest of the four mountain valleys and is widely considered as ‘Bumthang Valley’. The valleys are broad and gentle carved by the ancient glaciers. The wide and scenic valleys draws a large number of tourists each year.

This town is situated on a steep ridge and offers spectacular views of the deep valleys surrounding it. The various hotels, guesthouses and restaurants all offer stunning views from their balconies. Trongsa Dzong is easily visible from anywhere in the town and is always an impressive sight as it is situated atop a steep ridge that drops off into the clouds on its south side. Trongsa also boasts an impressive museum. The watchtower of Trongsa has been converted into a museum dedicated to the Wangchuck dynasty and is a good place to learn about the history of the kingdom.

Zhemgang is a region blessed with incredibly rich biodiversity. Its lush forests are home to 22 endangered animal species including the Golden Langur. Though much of the district has warm and humid climatic conditions, its northern regions have moderately cool temperatures.

According to the legend Terton Pema Lingpa had a vision of the sacred treasures that Guru Rimpoche had hidden within the lake centuries earlier. However the people of Tang and the local ruler were cynical of his claims. In order to prove his claims, Pema Lingpa held a butter lamp in his hand as he jumped into the lake. After remaining under water for a long time he re-emerged holding a chest and a scroll of paper with the butter lamp held in his hand still burning bright. Thereafter, the lake came to be known as Mebartsho (the burning Lake).

Gelephu is one of the areas through which visitors can enter Bhutan overland through the Indian state of Assam and it is also a gateway to the Royal Manas National Park, the oldest nature preserve in the Kingdom of Bhutan. Its incredible biodiversity includes hundreds of rare animal and plant species that cannot be seen anywhere else in the world such as Golden Langurs, Gangetic Dolphins and the Asian One-horned Rhinoceros. The park is the most biologically diverse protected area in the kingdom as well as one of the most outstanding nature preserves worldwide. 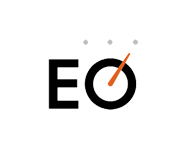 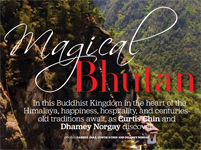 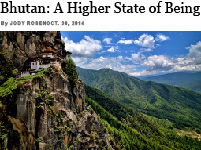 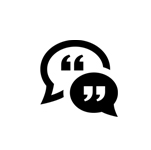